Why Augmented Reality could be the next big thing

What comes after the Smartphone? Augmented reality glasses. That’s what the CEOs at Facebook and Apple say - and they’re investing huge sums in the technology. Microsoft, Google and Amazon also bet on AR. In fact, there are some indications that they could be right doing this.

In science fiction movies like Back to the Future 2, Robocop or Iron Man we have actually long since seen the potential of Augmented Reality, i.e. enhanced reality. Put on your glasses - and the world will be enriched with digital information that, up to now, we have had to laboriously retrieve via the screen of our smartphones. With AR, as seen in Pokémon Go (and even better), virtual objects can be placed in the real world, making it not only easier to understand, but also more exciting. With AR, the Internet could even conquer the physical world.

AR could also enable so-called Spatial Computing, in which the exchange between man and machine no longer has to take place via keyboard, mouse or touchscreen, but via the space around us - through interaction with virtual interfaces. This could completely change the way we use technology. And that’s reason enough for us to present a few arguments why Augmented Reality could shape this - or at the very latest the next - decade.

This may sound a bit flat. But when the CEOs of two of the world’s most successful and valuable technology companies name augmented reality as the next big thing, there has to be something to it. Facebook CEO Mark Zuckerberg wrote in January in his outlook for the 2020s: "While I expect phones to remain our most important devices for most of this decade, sometime in the 2020s we will be getting groundbreaking augmented reality glasses that will redefine our relationship with technology.

It has been known for quite some time that the boss of Apple, Tim Cook, is also a fan of augmented reality. Again and again he enthused about the possibilities of the technology. As early as 2018 he said that a life without AR would soon be „unimaginable“. At the beginning of this year he also called AR „the next big thing“ - and predicted that AR would completely permeate our lives.

The companies of the two put their money where their mouth is. Apple has since equipped not only the latest high-end iPads and iPhones with LiDAR sensors that use laser beams to measure the environment in three dimensions. The company has also released the fourth generation of its ARKit, which can be used to develop AR apps for Apple devices. Both together make AR applications possible, in which the virtual objects merge much better with the real world - and are not simply slapped flat into the image. 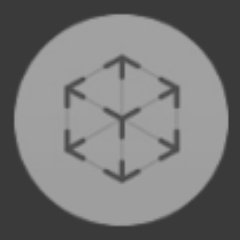 Facebook, in turn, announced its Aria project in September, which involves developing an AR headset. In the accompanying video there are certainly not by chance pictures of the first airplane or the moon landing.

Apple and Facebook are not the only tech companies that rely on AR. Google is taking things a bit slower, but still has its data glasses Google Glass in its range, provides development tools for AR programs on Android - and has also added AR elements to its search engine and Google Maps. Google has also already invested in a very prominent AR start-up. But we will come back to this later.

Microsoft prefers to call its products Mixed Reality, the even stronger mixing of the real and virtual world. Others would probably call this type of application, in which the virtual and physical world can interact and interact with each other, AR. Therefore, if one does not take the terms too precisely, the HoloLens from Microsoft, which is now in its second generation on the market, can be called either MR or AR glasses. Microsoft CEO Satya Nadella said already in 2016: "The ultimate computer for me is the world of mixed reality.”

AR glasses could eventually replace computers, televisions and even smartphones

Nadella is not the only one who sees the next personal computer in AR or MR headsets. The scientist, founder and investor Alexander Ilic, who sold his computer vision start-up Dacuda to AR glasses pioneer Magic Leap in 2017, where he led a team of 70 people until a few months ago, also sees it this way: "Augmented reality glasses are the first personal computers that see the world from our perspective.”

He also expects AR glasses to make a breakthrough in the next few years, but not only because of the many new possibilities it opens up - from virtual creatures hidden in the city for a video game, to three-dimensional blueprints on the meeting table, to hologram conferences. „It’s all cool and important and it will all find its place, but the crowd really only comes when you replace a device,“ says Alexander Ilic. And with AR glasses you can replace something very ubiquitous: screens. And thus also devices with screens.

We have long become accustomed to their decisive limitation, their size. „But if you manage to project the light directly into the eye, you can suddenly overcome all the limitations,“ says Alexander. If AR glasses make it possible in the future to display virtual screens and a virtual keyboard in the eyes of the user, which are fixed in space without wobbling and are not transparent - who needs a computer or laptop with a screen? Who then still needs a television? Even in a café or on the balcony, one could work on huge virtual screens.

By the way, smartphones may have the longest survival time despite AR glasses - if only because some of the upcoming headsets may still be able to access their computing power.

In the next few years, better AR glasses will come onto the market

One cannot exactly say that AR (or MR) glasses have already conquered the mass market. When Magic Leap finally launched its first device in 2018 after more than eight years of development financed with 3.5 billion dollars by investors like Alibaba or Google, the reviews were generally positive. „Somehow charming, but not magical“, @Michael Förtsch wrote back then for WIRED Germany . However, the Magic Leap One found far too few buyers afterwards. In the first year, only 6,000 copies were sold. The company had to lay people off - and focused on B2B use cases of its product. Just like Microsoft does with its HoloLens 2.

Especially in the manufacturing industry, there are already tangible applications for the current devices: they can be used for AR-supported training or instructions of workers, but also for remote maintenance. This saves time and money, which makes the currently still high price of the headsets - around 2,000 euros for the Magic Leap One, around 3,500 euros for the HoloLens 2 - bearable. Even the still quite high weight and the clunky design do not play a role in a factory building. But they do for the mass market. 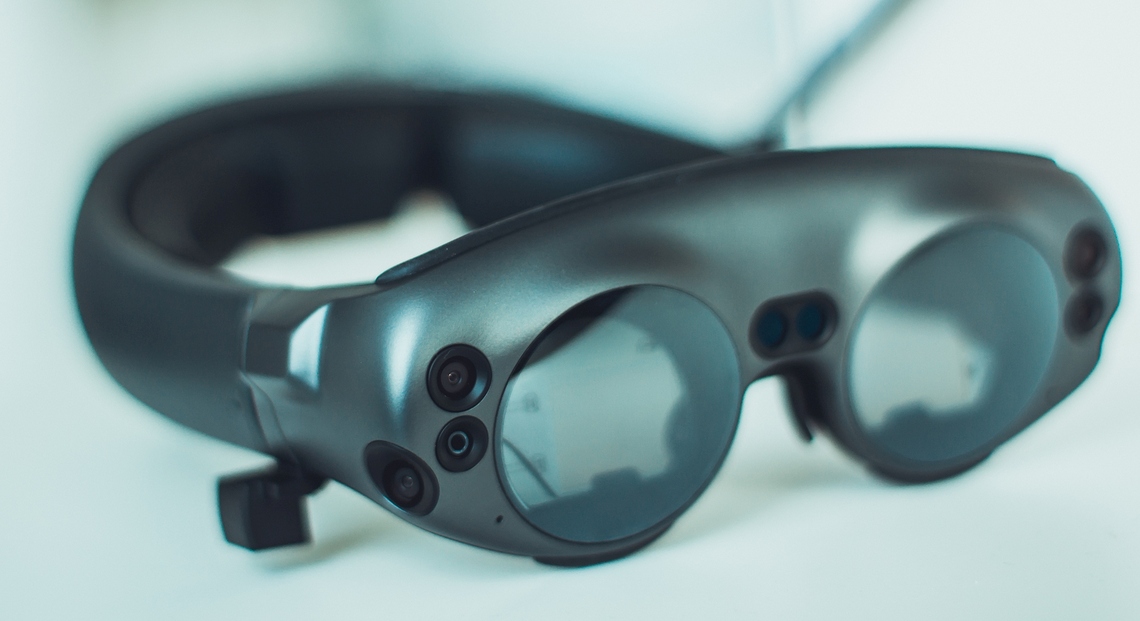 MagLeap2400×1308 1.29 MB
The Magic Leap One is an impressive gadget, but it doesn’t work for the masses yet. Michael Förtsch

„Who should wear something like that“, asked the Tech Blogger and Silicon Valley insider Robert Scoble recently rather rhetorically at the XR Conference of the Media Days Munich. "It’s too ugly, too big, too heavy, it can’t do enough and it’s too expensive.” And yet he is also convinced that AR-glasses will experience a huge breakthrough within this decade. „I remember when Steve Wozniak showed me the first color printer in Silicon Alley. It cost $45,000. Today, a $70 printer does a better job.“ The example shows how technology is getting better, smaller and cheaper over time.

The goal is quite clear: AR glasses that are virtually indistinguishable from normal glasses in size, weight and design, and yet offer larger fields of view and more power than current headsets. The question is: Who will successfully manufacture these glasses?

Robert Scoble expects Facebook to launch a device in the next three years that will already have 5G connectivity, sensors to sense the environment and quite good AR vision. By then, however, there could also be an Apple eyewear product on the market, which has never been officially confirmed, but which has long been the subject of speculation. And of course, Magic Leap, Microsoft, Nreal and other manufacturers are also developing their devices further.

The tech blogger and book author sees a starting advantage for Apple: Its data glasses could access the hardware of the iPhone connected to it, as the Apple Watch already does. As a result, the glasses could be slimmer and cheaper than those of competitors who have to accommodate all the (expensive) technology in one headset. They can only hope for the rapid 5G expansion so that they can shift computing processes to the cloud.

AR has long since arrived in the mainstream

There is another reason why the adaptation of AR glasses could be quick, if they come on the market in sufficient quality, with a chic design and at an affordable price: Many of us already use augmented reality on a daily basis - be it with Pokémon Go, the new [Amazon AR application](https://www.alistdaily.com/technology/amazon-augmented-reality-player-app- halloween-experience/), the [IKEA AR app](https://ikea-unternehmensblog.de/article/2019/ikea- place-app) or in the form of filters on Instagram or Snapchat, which give us larger eyes or dog ears.

We got used to the digital extension of reality long ago. While AR is still mostly done on the smartphone, this might be enough o wish for more.

With a pilot project called Local Lens, Snap is currently demonstrating what is possible when there is a digital twin of the physical world in an AR cloud, in which digital objects can be fixed in place - so that everyone can see and interact with them in exactly the same place. Snap has now digitized Carnaby Street in London - and Snapchat users can spray it with colorful paint using the City Painter App. All changes remain permanently in the digital version of the street - at least until other users add new layers of color. 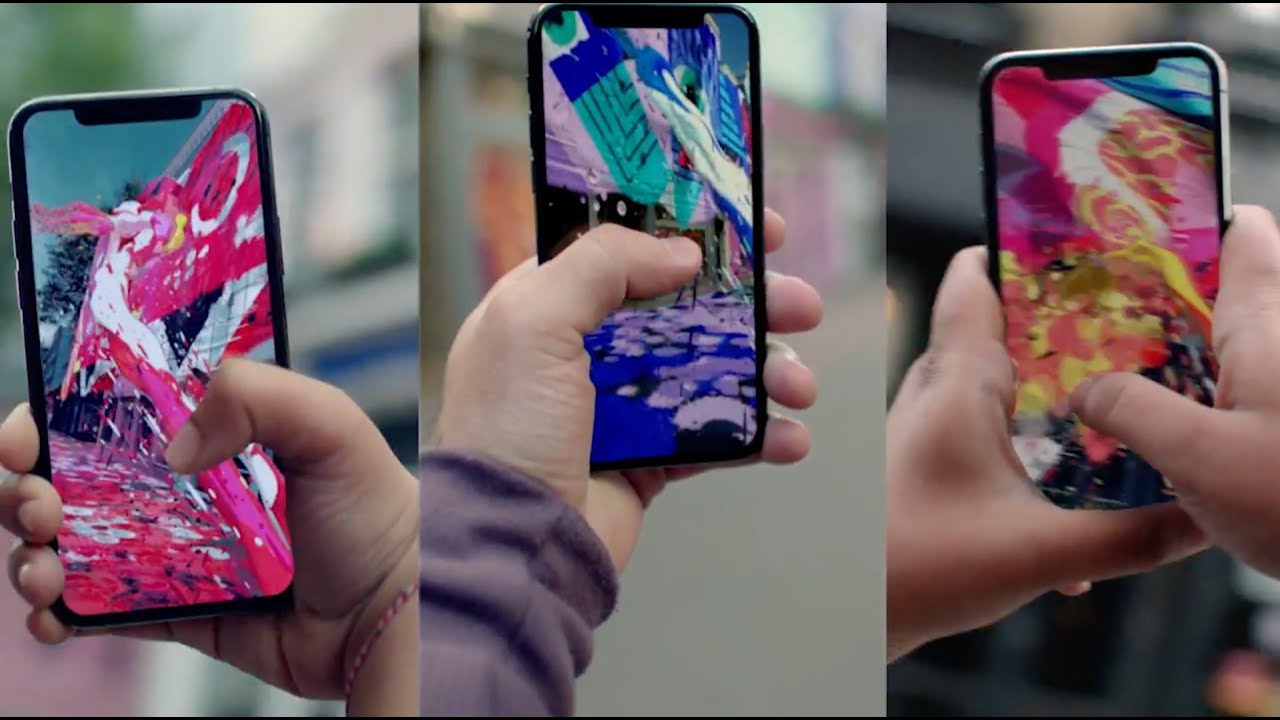 Perhaps there is another reason why augmented reality has a great future - and could solve many family conflicts: Finally, we will no longer have to decide whether we stare at a screen at home to play computer games or go for a walk. We can then simply do both at the same time.

Digital event about the potential of AR on November 26th 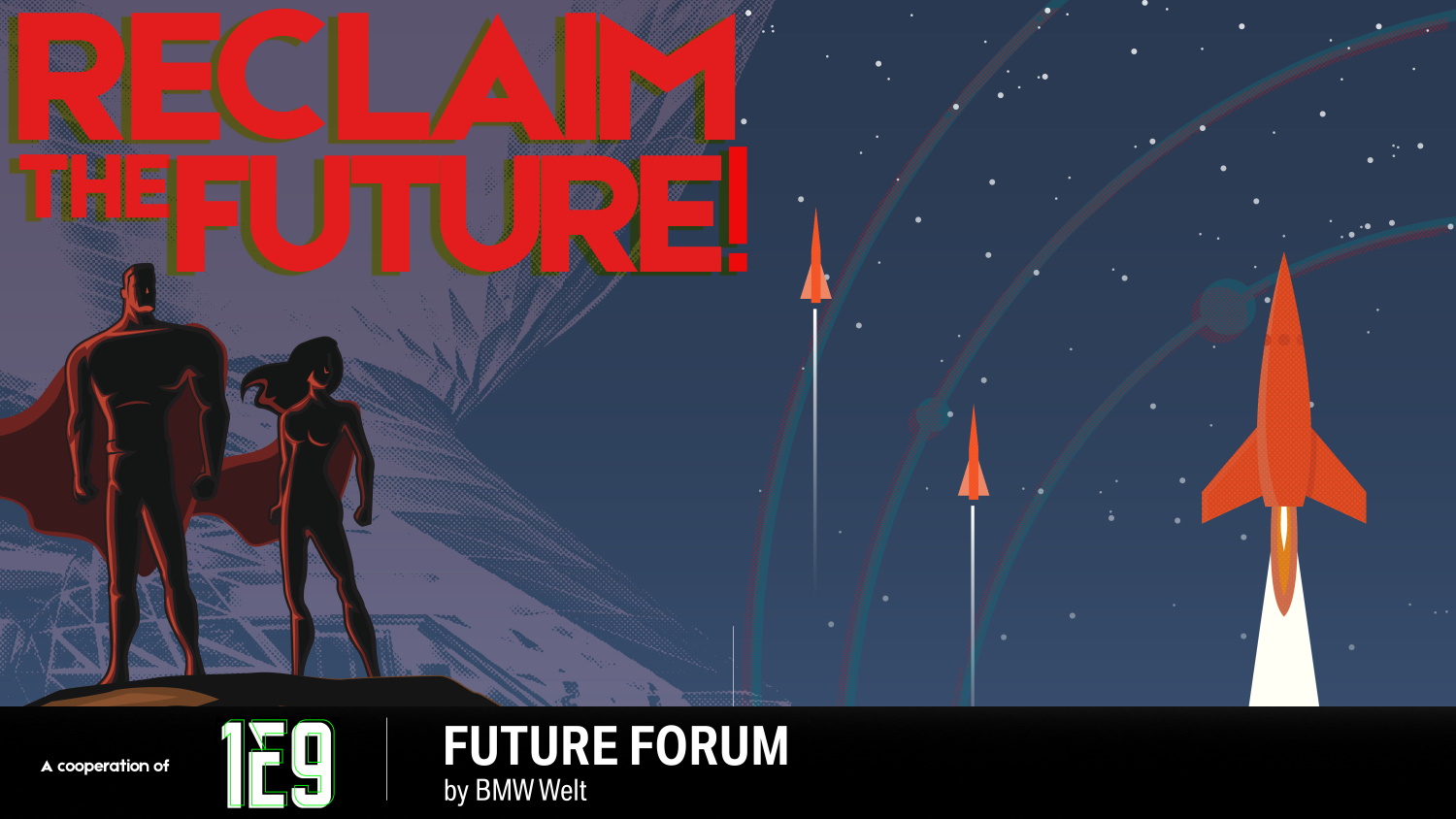 The next digital Reclaim the Future! Event of 1E9 and the Future Forum by BMW Welt will focus on the potential of Augmented Reality - and on the question who should actually provide the digital infrastructure for it: the big tech companies? Or an open platform? This will be discussed by former Magic Leap manager Alexander Ilic, who now heads the AI Lab at ETH Zurich, Alina Kadlubsky from the Open AR Cloud Initiative and Robin Sho Moser from start-up eyecandylab. Join us! Here you can get all the information.