Clump and skim: How German start-up Wasser 3.0 wants to free water from microplastics

GettyImages-11573761701500×645 295 KB
They are in lakes, rivers and the sea. They have even been detected in mineral water and beer: tiny plastic particles known as nano- or microplastics. How can water be freed from them? And how can we make sure that no more plastic gets into the water? The non-profit start-up Wasser 3.0 has developed a technology to solve that problem.

This is the international version of a 1E9 article that was first published in German. You can find the original version here.

Somewhat misshapen, white lumps could be the solution to a worldwide problem: Microplastics in almost all waters. At the beginning of the last decade, Austrian scientists found more plastic particles in the Danube than fish larvae. The German Alfred Wegener Institute also discovered plastic in snow - whether in populated areas, the Bavarian Alps or the Arctic. Plastic rain seems to be pouring over American national parks. And in the sea - even in the deep sea - the tiny plastic particles are found anyway.

They come loose from clothes when they are washed, they are caused by the abrasion of tires, they accumulate in many industries, are used in cosmetics or are left over when larger plastic waste slowly disintegrates in water. Sewage treatment plants cannot completely remove the microplastics - and they find their way onto fields via the wastewater or sewage sludge that is then discharged. It thus becomes part of the food chain.

Microplastics therefore also end up in our human bodies, via certain food, the air, dust, drinks or even cosmetics. Science is still discussing how dangerous this is. While the German Federal Institute for Risk Assessment does not yet assume, according to its homepage, „that microplastics in food pose a health risk to humans“ and also considers a danger from cosmetics containing plastic particles to be unlikely, organisations such as BUND Friends of the Earth Germany warn.

But they all agree that possible effects on humans need to be better investigated in order to reach a final conclusion. Especially since tests with animals showed negative effects. For example, salmon larvae grew worse when they hatched in water heavily contaminated with plastic. They also moved less - and noticed predators too late. A deadly impairment.

Katrin Schuhen, who holds a doctorate in chemistry and has already worked for the plastics industry and as junior professor at the University of Koblenz-Landau, is certain that microplastics have an effect on the ecosystem. „The plastic is not degradable and remains in the environment for a very long time,“ she says in an interview with 1E9. „In addition, we are not talking about individual polymer particles, but about many different types and processing products and also constantly growing quantities. Microplastics is not only a man-made environmental problem per se, it is also a global problem. Microplastics can serve as carriers for other substances dissolved in water and can release these compounds into the environment. This could set in motion an uncontrollable mechanism - and anything that cannot be controlled is dangerous“. Especially since other substances that are a verifiable health hazard were released into the water with the plastic. Plasticizers, for example.

That’s why Katrin Schuhen advocates cleaning the water from microplastics - and in the future not letting any microplastics get in at all. That brings us back to the white, shapeless lumps. Because microplastics can be bundled into these by a process developed by Katrin Schuhen and her Wasser 3.0 team. She is the founder and managing director of the non-profit start-up company based in Karlsruhe.

„Our goal is clean water - worldwide,“ she says, „which is why we use a low-tech approach to our solutions that is not only sustainable but also cost and resource efficient. Our technology can be used all over the world, not just in industrialized countries that can afford expensive equipment and have many skilled workers“.

The mobile containers, in which Wasser 3.0 installs its technology, can be set up wherever water needs to be purified: in sewage treatment plants, factories or where seawater is used. What happens inside the containers is the agglomeration fixation of the microplastics. „For us as chemists, that sounds pretty good,“ says Katrin Schuhen. For non-chemists, the process is even simpler described as clump and skim.

The mobile containers, in which Wasser 3.0 installs its technology, can be set up wherever water needs to be purified: in sewage treatment plants, factories or where seawater is used. What happens inside the containers is the agglomeration fixation of the microplastics. „For us as chemists, that sounds pretty good,“ says Katrin Schuhen. For non-chemists, the process is even simpler described as clump and skim. 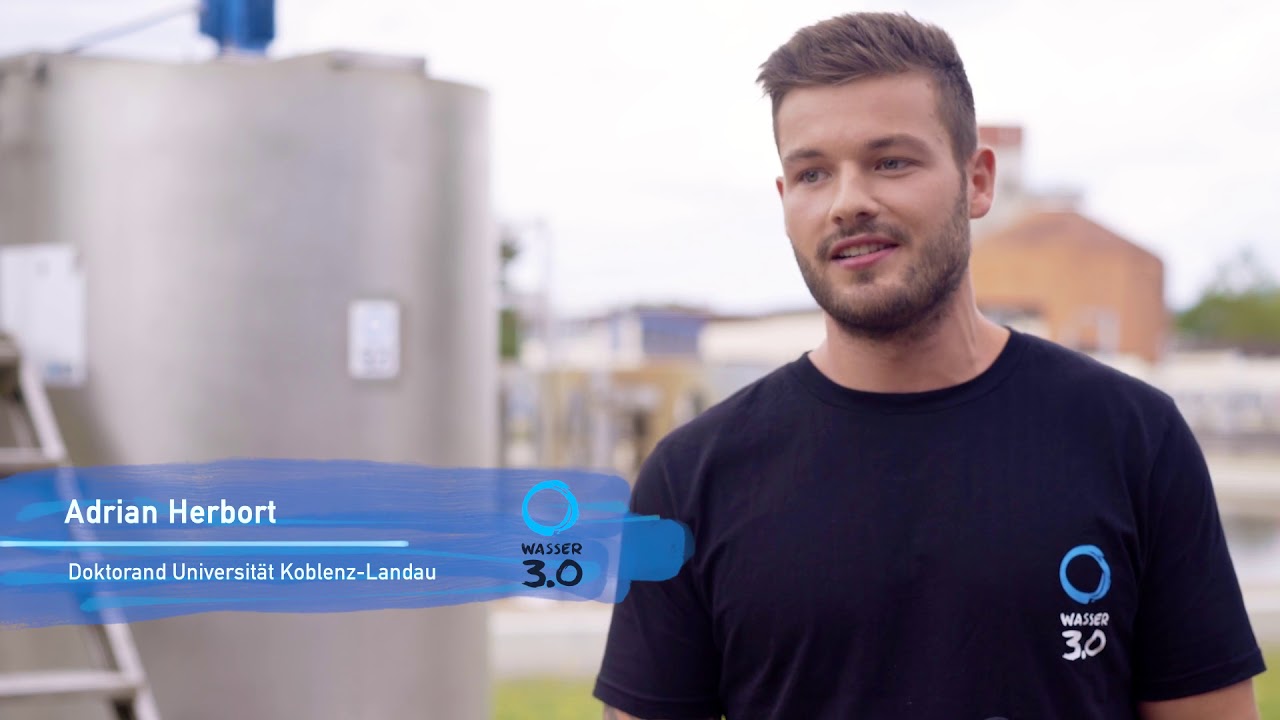 Reusage in the construction or glass industry

In a first step, the water is stirred so that the plastic collects in a layer of water. Then the „magic ingredient“, as Katrin Schuhen calls it, is added. This is a special hybrid silica gel that has been mixed together from different substances in such a way that all the plastic particles react with it - and form lumps that can be skimmed off easily. „In principle, it works like a two-component adhesive.“

The gel is non-toxic. Its main component is silicon dioxide, known as silica, which is also made up of quartz sand. „And if that were toxic, we wouldn’t be able to lie on the beach in summer,“ Katrin Schuhen explains. 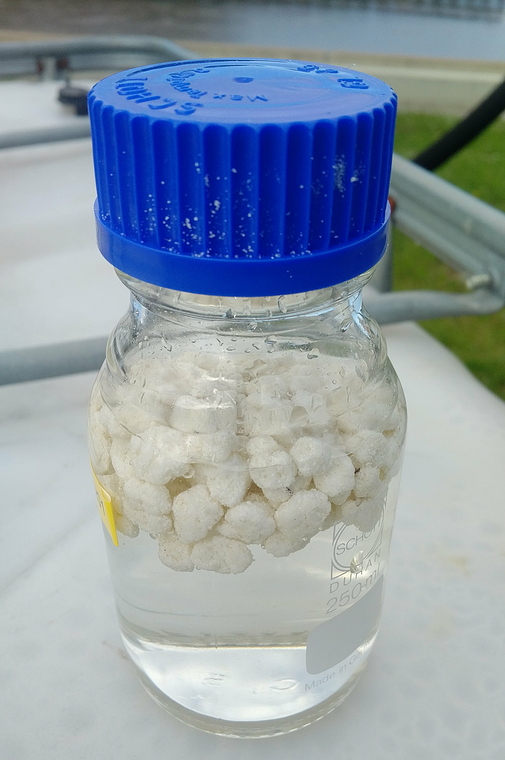 The agglomerates - or: lumps - could be burned and used as a source of energy. „But that’s not our solution,“ says Katrin Schuhen. „We want them to be reused.“ They could be used as a filler in the construction or glass industries. Research projects with partners are already underway. But for this form of reusage to make sense, larger quantities of the material are needed. This in turn would require the technology of Wasser 3.0 to be used even more frequently. It has already proven in tests that it works in sewage treatment plants, with fresh and salt water and also with industrial waste water.

Wastewater treatment plants are not as good as their reputation

However, Katrin Schuhen is concerned about the after-effects of a Swiss study. Last year, it concluded that 98 percent of the tiny plastic particles are already being filtered out of the wastewater by modern sewage treatment plants. Does that make the solution of Wasser 3.0 superfluous? „No“, says the company founder. „Unfortunately, the communication surrounding the study was somewhat one-sided.“ Because unlike the Wasser 3.0 process, which bundles the microplastics into lumps and thus actually eliminates them, sewage treatment plants are unable to eliminate the particles. „They end up in sewage sludge,“ says Katrin Schuhen. „And if it is used in agriculture, for example, the plastic ends up back in the ecosystem. If the sludge is incinerated, resources are lost. Sustainable recycling looks different.“

Furthermore, Wasser 3.0 wants to implement its technology much earlier than in the sewage treatment plants. „We want to help prevent microplastics from spreading in the first place.“ That’s why Katrin Schuhen hopes that her technology will be used in a whole range of industries that process plastics - and cause microplastics.

By the way, she does not want to abolish plastics - with the exception of disposable products that are used for a short time and then end up in the trash or, in the worst case, in nature. „We will continue to need plastics,“ she says, „but where we can avoid them, we should do so. And most importantly, we should recycle plastic and make sure it doesn’t end up in the environment.“ So that not only in the Danube, there will be more fish larvae than plastic particles floating around again. 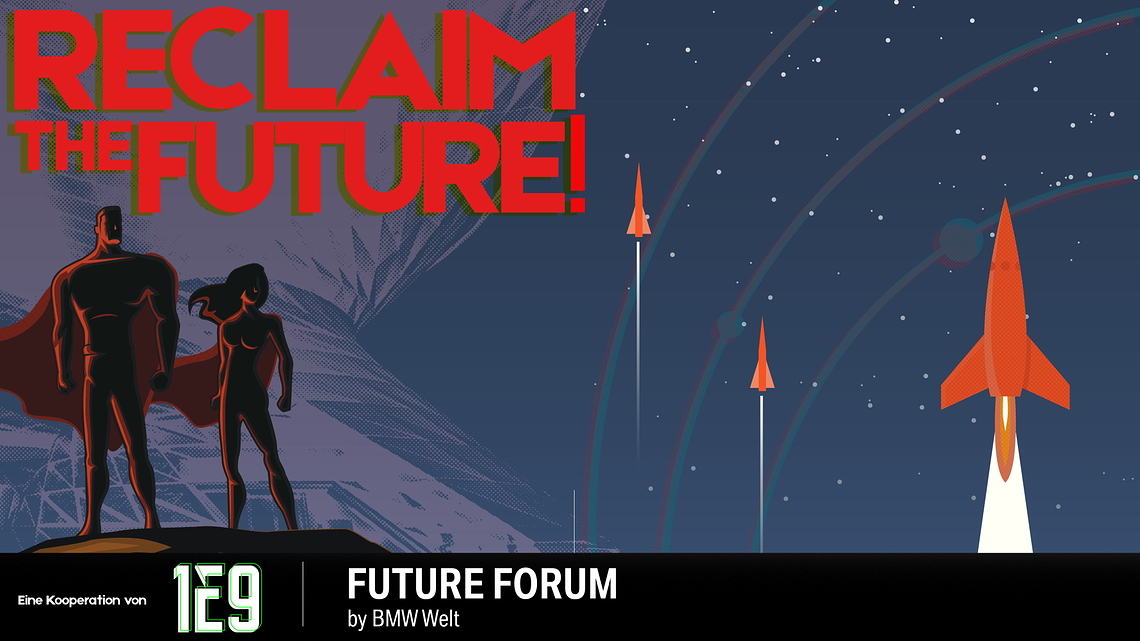 How can we free our waters fromm plastic waste? And how can we use plastic in such a way that it does not become an environmental problem in the first place? Scientists have developed technologies to remove microplastics from water. Start-ups are developing business models to collect large plastic residues from the sea and turn them into new products. And large companies are also finding new ways to use old plastic in their products.

Learn more about this in our next Reclaim the Future! event from 1E9 and the Future Forum by BMW Welt. Katrin Schuhen will also join in as a speaker. You’ll find all information here.